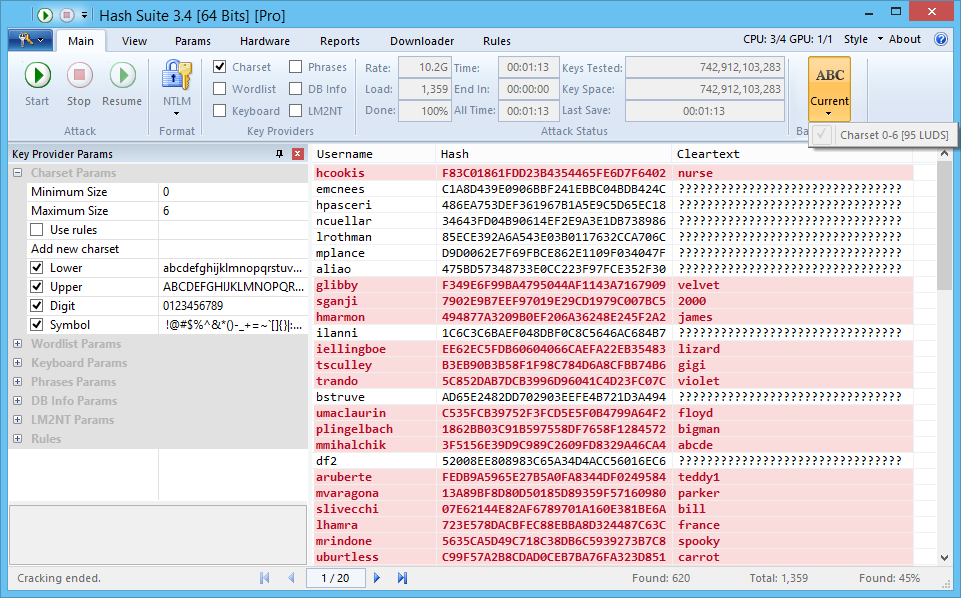 Music: http://www.bensound.com. SX Hash Suite is the complete collection of all the FREE hash password recovery and verification softwares released by SecurityXploded. It contains the latest version of all the hash based tools which makes it easy for the user to get all these tools in one bundle without worrying about downloading each of them separately.

Hate_Crack is an optimization tool that automates the hash cracking processes followed by the Hashcat tool. Hashcat is an advanced password recovery tool that can crack over 200 highly-optimized hashing algorithms. Hate_Crack automates the Hashcat methodologies by providing the following modes of attacks.

Prince attack, YOLO Combinator, Middle Combinator, and Thorough Combinator are the other available attack modes in the tool.

Before installing Hate_Crack, install the latest version of Hashcat. You can go through our Hashcat tutorial to follow the Hashcat installation steps. Once Hashcat is up and running, clone the Hate_Crack tool by executing the following command.

Navigate to the tool’s directory and change execution permission for the hate_crack.py file.

The next step is to configure the Hashcat binary and wordlists files paths in config.json file. The Hate_Crack directory has an example configuration file (i-e config.json.example) as shown below.

The following screenshot shows the config.json file configured according to our system’s Hashcat binary and wordlists files paths.

Note: If we don’t create config.json file, Hate_Crack automatically creates one with example data during the initial execution of the tool.

The following command starts the Hate_Crack tool with all the available attack modes.

The <hash_file> needs to be manually set up in the tool’s directory. The <hash_type> is the code that tells the type of hash to be cracked. The complete list of hash codes can be found here: https://hashcat.net/wiki/doku.php?id=example_hashes.

Let’s assume we have the following NTLM hash.

In order to break this hash, we copy the hash code in a file called hashes.txt. The code for NTLM type is 1000. The above Hate_Crack execution command takes the following shape.

The above command runs the Hate_Crack tool and gives the attack options in the following manner.

Hate_Crack runs different sessions in order to crack the hash. The Cracked status means the tool has successfully cracked the hashed string.

We can view the cracked hashes on the screen by typing the display code (i-e 97) in the terminal.

The tool also generates a new file in the directory that contains the successfully solved hashes.

We can provide a list of hashes to the tool. The results are displayed on the screen in the following manner.

Similarly, we can also select different attack modes by typing their respective sequence numbers in the terminal.

Hate_Crack makes the Hashcat job easier by automating the cracking tasks. Multiple attack modes and the availability of different optimizers enhance the capabilities of the Hate_Crack tool.