Tasksel is another way to install multiple packages on Ubuntu or Debian or their derivatives. It is not like apt or aptitude that installs a single package instead of whole bundled. For example, you want to install LAMP server on your server or desktop, thus using apt you would have to issue multiple commands or instances in a single command to get Apache, MySQL and PHP on your system to a set up a web server. However, if you have Tasksel a few Kilobytes tool on your system, you just need to type a single command and it will install the whole LAMP server along with its dependencies at once.

Hence, in order to install Ubuntu, you need to create a new disk partition, which you can do with the + button in the lower-left corner. When you create this disk partition, you should ensure that it's marked to be mounted at root, and that it has a file system. Take a look at the details of this dialog: You can see that a file system (Ext4.

If you are on Ubuntu or Debian server then you will already be on command screen, however, desktop user can simply use the Terminal shortcut i.e CTRL+ALT+T or use the Super key/ Windows key to open activities and search for terminal there.

Here we are using Ubuntu 19.04 to install Tasksel, however, the steps and further usage of this tool will be the same for Debian, Kali Linux, Linux Mint, Elementary OS, Ubuntu 8.04/16.04/14.06… and other their derivatives Linux OS.

The command for the Tasksel installation is:

Before moving towards any package or task installation using the Tasksel, you can check what are the available packages? For that use the below command:

For Ubuntu, we find all these tasks or software packages on Tasksel to install:

If you want to install any of the software package stacks appeared in your Tasksel task list, you can either use the command formation gave in next step or just type Tasksel and a simple interactive interface will open to install multiple packages.

Navigate to the desired package using Arrow keys and press Space bar to select a package. We can select multiple software to install them concomitantly without running the Tasksel command again and again. 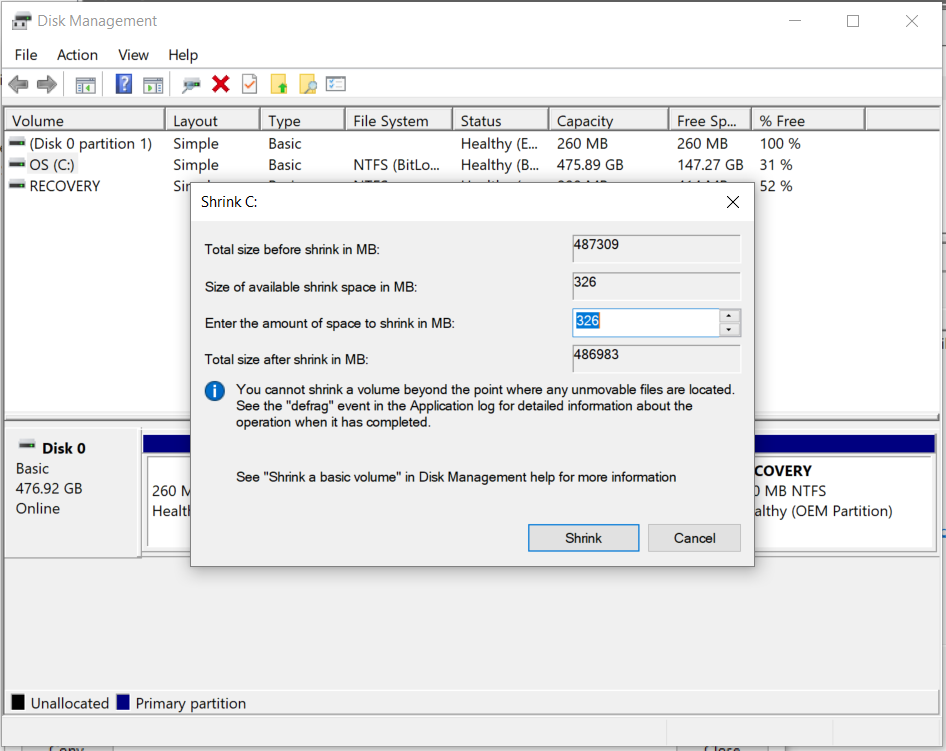 We have already seen above, that we can use an interactive method to install the packages, however, you still want to use command then here it is:

Moreover, even after installing Tasksel on the system, we can use our native apt-get to install software stacks or tasks available under this tool.

See the next step for more clarification…

So, first list all the available software and packages

Now, if you want to install, LAMP server then the command will be like this:

Note: If you are using apt to install Tasksel packages then remember to put a cap (^) at the end of the command.

Also, phpMyAdmin is not there on Tasksel, so after installing LAMP; if you want a phpMyAdmin then just issue the below command uses apt:

Hereafter, in case you want to uninstall any software or tasks installed by this tool, then use the below command:

For Debian users or any other Linux Distro based on that, you edit the Tasksel Task list to add tasks manually:

The .desc file name depends on which Linux Distro you are using.

Well! everything is not perfect and hereafter when you think you don’t need this tool anymore on your Ubuntu/Debian PC, issue the below command to remove it.

For more information about this tool see Debian Wiki.

Multipass is a platform developed by Canonical to launch and run Ubuntu virtual machines while offering a user the ability to configure them with cloud-init like a public cloud. Here we learn how to install Multipass on Ubuntu 20.04 Linux and use the same to launch Virtual machine instance.

Although when it comes to launching lightweight pre-built virtual machine images with just a command, Docker comes to mind, however, Multipass could be another option for those who love to work on Ubuntu Server. Yes, if you want to launch Ubuntu Linux command line server VMs instantly on Windows, Linux and macOS then cross-platform Multipass is one of the good options to consider.

Steps to Install and Use Multipass on Ubuntu 20.04

The following steps can be used for Ubuntu 18.04/21.04 including Linux Mint, MX Linux, Elementary OS, Zorin OS, and Debian.

Just to update existing packages and for rebuilding repo cache, in the terminal run the system update command:

Multipass is available via SNAP packages, thus to install it we should have Snapd on our system. The good thing is all the latest versions of Ubuntu comes with SNAP installed out of the box, thus simply run the below command:

There are multiple versions of Ubuntu Linux including some common web applications to install and launch as a virtual machine on Multipass.

We can see all the images of available VM instances using a command:

While doing this article following images were available to use:

Once you decided which version of Ubuntu or Appliance you want to install as Virtual machines, use the Launch command of multipass, i.e-

In the above syntax replace VM-name with some label or name you want to give your virtual machine and at the place of “Image ” type the VM Image you want to use.

For example– we want to create a virtual machine on multipass of Core Ubuntu 18.04 and to identify the same, we will give it a label h2slinux. The Image ID you can find in the previous step of this article.

Once the installation is completed, we can check its version without actually connecting it, to know exactly which version of Image has been installed:

Replace vm-name with your given machine label

Well, we have created and installed the VM instance of Core Ubuntu 18, now it’s time to connect and open a shell prompt on an instance. For that we in your command terminal type

Replace the VM-name in the above syntax with the label you have given while creating a virtual machine.

For example in our case it is h2slinus, thus the command will be:

If you require to start and stop any of the installed VMs then we can use the following commands:

When the motive behind creating the Multipass VMs is completed, we can delete any of the installed one to free up space:

8. To see all installed Virtual Machines

9. Mount Multipass VM on the host to share data

If you want to transfer some data from the host machine to the guest VM created on Multiplass then we can do that easily by mounting it on the host system.

Example: We want to mount our VM called h2slinus’s home directory on our host i.e Ubuntu 20.04 here, thus the command will be:

You can mount the VM’s home directory to some particular folder path as well. Such as

Replace h2slinus with your instance name and /folder/path where you want to mount it.

After running the above command on the host terminal, the home directory will common for both guest and host. Whatever file or folder we save in the /home the directory can be accessed by the Multipass guest VM as well.

You can check that by typing: